September is upon us and spring is in the air. Our farmers and firefighters will be hoping for some soaking rain to ease the drought and ward off bushfires. Meanwhile, AFL and NRL fans will be hoping the sun shines on their team this finals season.

Economic news was overshadowed by political instability in August, culminating in Scott Morrison being sworn in as Australia’s 6th Prime Minister in 11 years. Morrison is seen as a safe pair of hands economically, and consumer confidence rebounded after the vote. The ANZ-Roy Morgan consumer confidence rating rose 2.1 per cent, its biggest lift in 11 weeks.

Elsewhere the economic signs are mixed. As the latest profit reporting season ends, over 60 per cent of ASX 200 companies lifted profits in the year to June while 93 per cent paid a dividend. The unemployment rate fell to 5.3 per cent in July, while wages growth lifted slightly to 2.1 per cent in the year to June. Offsetting this, national home values fell 1.6 per cent in the year to July according to CoreLogic, the biggest annual fall in 6 years. The Reserve Bank remains positive, noting in the minutes of its August board meeting that the economy is improving, and its next interest rate move would be up. But it sees ‘no strong case’ to lift interest rates in the near term.

The Australian dollar fell to around US73c in August, down more than 7 per cent this year. In contrast, Wall Street hit record highs in August following comments from the Federal Reserve that it will continue to lift rates gradually provided ‘strong growth in incomes and jobs continues’. 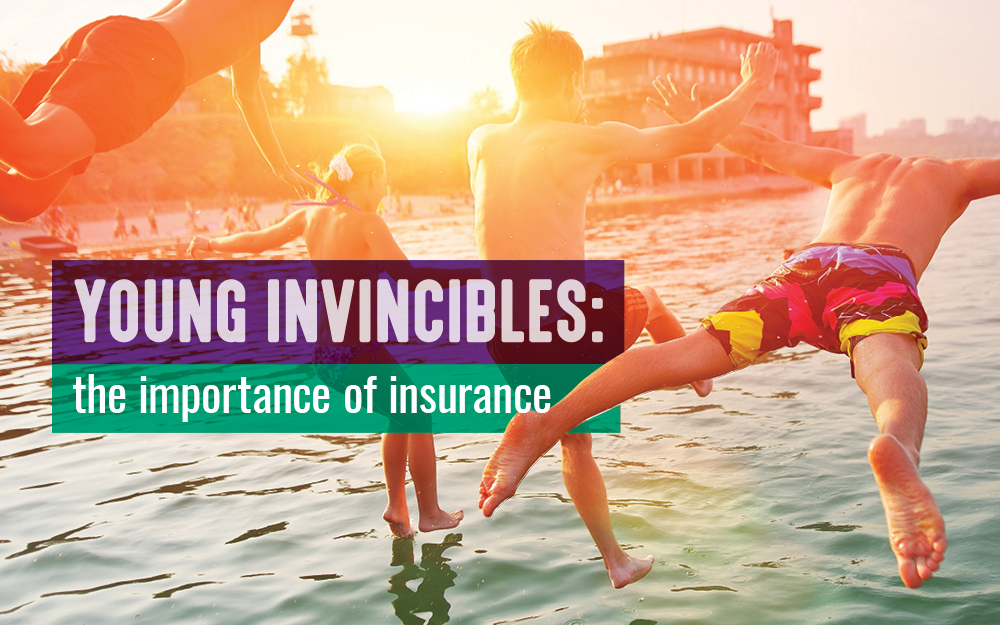 Young invincibles – the importance of insurance

When you are young, healthy and just starting your working life the last thing on your mind is life insurance. In your 20s and 30s your financial focus is more likely to be on saving for a car, holidays, a home or the birth of a child. But failing to protect the lifestyle you are creating could have a devastating financial effect.

Like many Australians young and old, it’s possible that you already have insurance cover in your superannuation fund without realising it. But that could be about to change.

Under new legislation proposed with this year’s Budget, large numbers of super fund members are likely to lose their insurance cover. The legislation is still before the Senate but if the changes go ahead from July 1, 2019, those aged under 25 or with low super balances will be required to ‘opt-in’.

When to consider insurance
The move to ‘opt-in’ insurance for young members has been generally welcomed, as some may have more insurance than they need at their age and stage of life. But there are concerns that a significant minority could be left underinsured.

No matter how fit and healthy you are, accidents happen – on our roads, while playing sport or on the job. Insurance may be a necessity if you work in a hazardous occupation such as construction. Major illness and chronic health problems can also strike in your 20s and 30s.

While Australians are marrying and establishing families later than previous generations, there are still plenty of people under 25 with a partner, and/or children, who would be financially disadvantaged if they were to die or be unable to work due to accident or illness.

Even though Millennials may not have dependents yet, or the financial commitments their parents have, spending on rent, car loans, credit cards and daily expenses all require a steady income.

So why the changes?
The Government’s Protecting Your Super package is designed to protect members’ savings from being eaten up by excess fees and insurance premiums.

Most super funds currently make automatic deductions from members’ contributions to pay for life insurance. This is known as “opt-out”, as the onus is on members to cancel the insurance if they don’t want or need it.

Typically, there are three types of insurance offered to members:
Death Cover or Life Insurance – part of the benefit your beneficiaries receive when you die.

Total and Permanent Disability (TPD) – pays you a benefit if you become seriously disabled and are unlikely to ever work again.

Income Protection Insurance – pays you an income stream for a specified period if you can't work due to temporary disability or illness.

Under the new rules, funds will only offer insurance on an ‘opt-in’ basis for new members who are under 25 years old, members with balances below $6,000 or those who have an account that has been inactive for 13 months.

Good news and bad
Despite the good intentions of the new rules, the bad news is that insurance premiums are likely to increase for most members who retain cover. This is because under the present system younger, healthier members cross-subsidise insurance claims by older members.

According to Price Warner, premiums are likely to increase by about 11 per cent on average.i Premium rates will vary considerably from fund to fund, depending on the benefit design, demographics of the membership, and changes to terms and conditions to deal with switching cover on and off.

The good news is that there is time to consider your options. Funds are required to notify members with low balance or inactive accounts and outline what steps they can take if they have insurance and want to continue their cover.

To find out what insurance cover, if any, you may already have in super, contact your fund or speak to us. We can help you assess your insurance needs and whether you should consider opting-in or taking cover outside super. 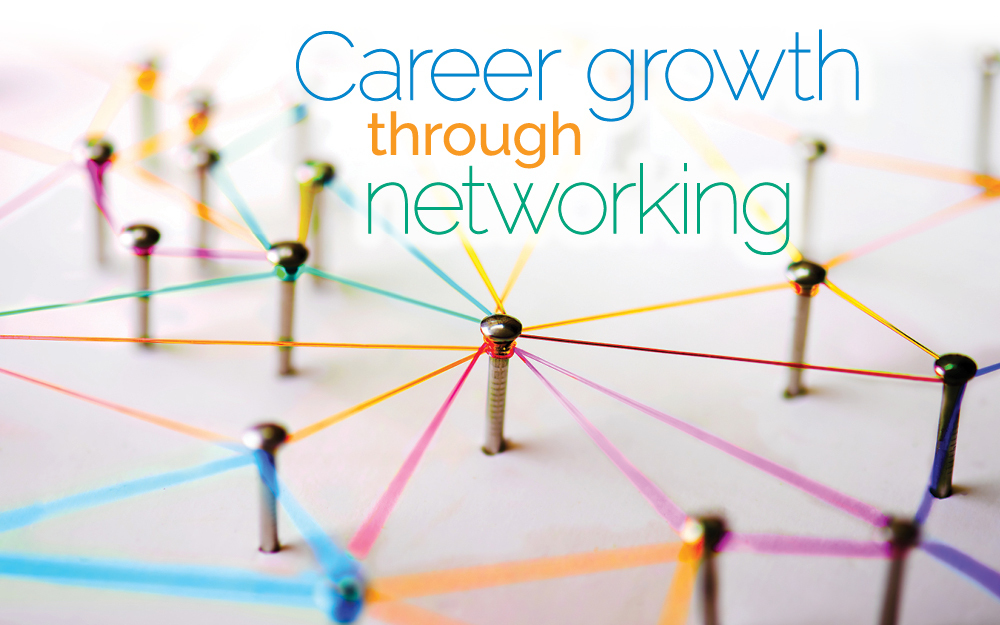 Every professional has had it drummed into them that networking is important for their career development. While that’s all well and good, the challenge is knowing how to actually identify and utilise those networks.

The most efficient way to do this is to understand the different networks and their relevance to your professional situation. Once you’ve established that, you can create a strategy that will prioritise the networks that will yield the best results for you, and also start harnessing them.

Know your networks
The first is your operational network, which is essentially anyone connected to your work. This is a network that often develops naturally, as strong working relationships are the key to getting your job done.

The second is your personal network. Primarily external, these connections are often developed through friends, personal interest groups and professional organisations. Not only do these people widen your perspective, they can also provide important mentoring or coaching, referrals, information and professional options. According to the Harvard Business Review, “these are people who help you grow”.i

Lastly, there’s your strategic network. These are your ‘big picture’ contacts—both internal and external—who will help you achieve your long term goals.

Be prepared, but also generous
Now that we’ve established the types of networks there are, it’s time to start building them. This can be really daunting, especially at face-to-face events, so it’s a good idea to think about the types of contacts you want to make and also how you can help them in return. Almost everyone needs some kind of help. Think about your skills, experience and contacts – how you can use them for someone else's benefit?

Keep an open mind
Don’t discount people. Limiting your network to only those who can help you right now is a common pitfall. By staying proactive and nurturing relationships with a wide range of people you’ll always have someone you can turn to for help – and so will they. What’s more, don’t be afraid to facilitate connections between others if you think they can help one another; people will remember that you took the the time to point them in the right direction and will likely do the same for you.

Follow up and keep in touch
A recent survey of over 2,200 chief financial officers found that “failing to keep in touch or reaching out only when you need something” is one of the biggest networking mistakes people make.ii Be strategic about who you engage with and really get to know them. Mutually beneficial relationships require an equal investment from both parties.

Whether you’re after knowledge, new contacts, mentoring or a career change, networking is a fantastic way to build an important base of personal and professional support that will undoubtedly enhance your career. The most effective business relationships are fostered over the long term, and the right time to start creating them is now.

Quick tips to get you started
1 Try creating (or updating) a LinkedIn account:
This simple platform allows you to connect with collegues, friends, industry leaders and relevent professional groups without the pressure of a face-to-face interaction.

2 Increase your visibility:
Showcase your expertise by writing articles on social platforms like LinkedIn and Facebook, professional publications or even your own blog.

3 Attend networking events:
These events give you the opportunity to meet lots of people who can become valuable sources of advice, connections or mentoring opportunities.

4 Join professional groups:
Professional associations are a great way to engage with your industry. There are also plenty of LinkedIn groups for specific professions and interests that may be worth investigating. 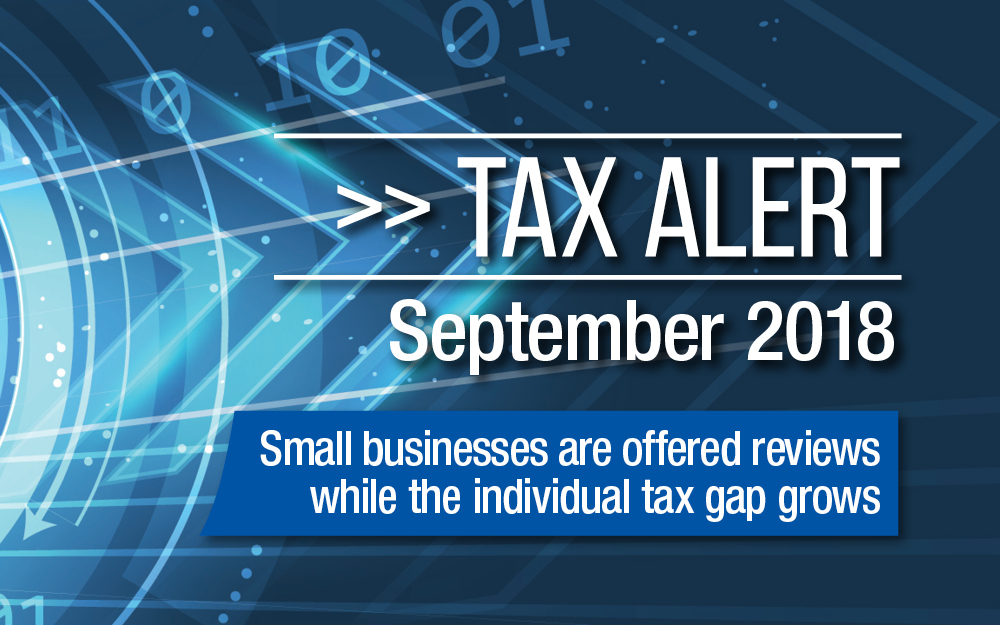 Here’s a roundup of the latest tax news:

Individuals’ tax gap hits $8.7 billion
The Tax Office is likely to continue its current crackdown on work-related expenses and incorrect rental property expenses in light of its new research showing the income tax gap for individuals (not businesses) is $8.7 billion. This figure represents the difference between the amount of tax collected and the amount that would be collected if all 9.6 million salary and wage earners and taxpayers with investments were fully compliant with the law.

The estimated tax gap is primarily driven by incorrectly claimed work-related expenses, claims for private expenses, or no taxpayer records to show that an expense was incurred. Other areas of concern are incorrect claims for rental property expenses and non-reporting of cash wages.

In comparison, the net income tax gap for large corporates is currently estimated at only $2.5 billion.

Taxpayers can claim a maximum of 5,000 business kilometres per car.

Couriers and cleaners under the spotlight
The ATO’s Black Economy Taskforce has several new industries in its sights announcing that from 1 July 2018 businesses supplying courier or cleaning services will need to report payments made to contractors. Payments must be reported to the ATO annually on their taxable payments annual report.

In a further crackdown on the black economy, new legislation will ban electronic sales suppression tools at each stage of the supply chain.

Cryptocurrency disposal a CGT event
Disposing of cryptocurrencies such as Bitcoin is a capital gains tax (CGT) event, according to new information published by the regulator.

Small businesses offered audit review
Some Victorian and South Australian small businesses are currently being offered an opportunity to participate in a 12-month pilot scheme offering an independent review of the ATO’s audit position in relation to their tax affairs.

The independent review is conducted by an officer from the ATO’s Review and Dispute Resolution unit who has not been involved in the original audit and who can bring a fresh perspective to the case.

The pilot is limited to small business disputes involving income tax audits not related to GST, superannuation, fringe benefits tax, fraud and evasion findings, or penalties and interest. Eligible businesses with an audit in progress are being contacted directly by their case officer.

Changes to penalty relief
The ATO will no longer be applying a penalty to tax returns and activity statements where taxpayers have made an inadvertent error by failing to take reasonable care, or have not taken a reasonably arguable position.

Penalty relief applies to eligible individuals and entities with a turnover of less than $10 million, such as small businesses, SMSFs, strata title bodies, not-for-profits and co-operatives.

The ATO will provide penalty relief during the audit process if the taxpayer is eligible, but it will only be available once every three years at most.